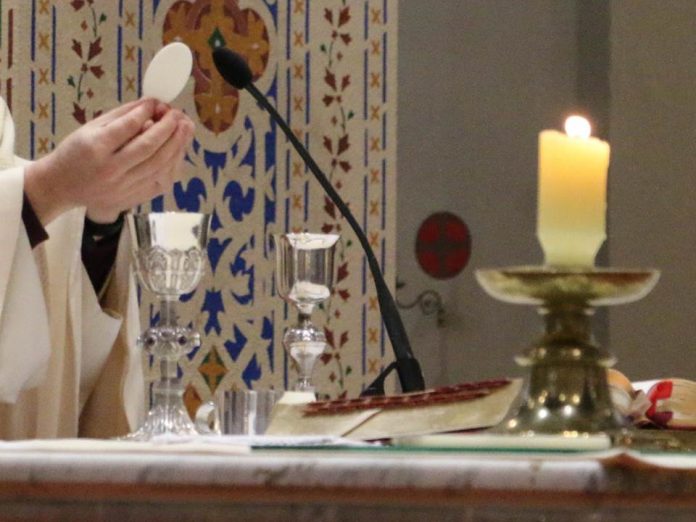 On the Solemnity of the Immaculate Conception, 8th December 2020, Bishop Kevin Doran ordained John Mahony for the priesthood in the Diocese of Elphin in Sligo Cathedral. 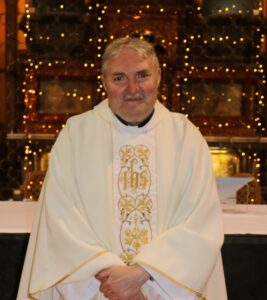 Fr John Mahony became the first priest to be ordained in the Diocese of Elphin for 12 years in a ceremony performed by Bishop Kevin Doran in Sligo Cathedral last week.  Fr Mahony, who’s originally from Dublin set out on his vocational journey in 1976 having joined the St Patrick’s Missionary Society, Kiltegan,  Ordained a Deacon in 1982, John then ministered in England and Malawi. On his return home he was to  find other issues taking precedence in his life. Responding to family needs, John took time out of ministry and undertook further studies in ecumenical theology. He spent some years working in educational administration.

In 2017, John returned to active ministry in the Diocese of Maitland-Newcastle.  Wanting to return home and to continue on the road to priesthood, John was referred to the Diocese of Elphin which has significant links with the Kiltegan Missionaries.

Prior to ordination John ministered as a deacon in St. Mary’s Cathedral Parish, Sligo and in Ballintubber-Ballymoe on the Galway Roscommon border. He recently completed the training as an Accord Facilitator and, in addition to his parish responsibilities will be supporting pre-marriage preparation in the Diocese.

In his ordination, Bishop Kevin Doran concluded his homily saying: 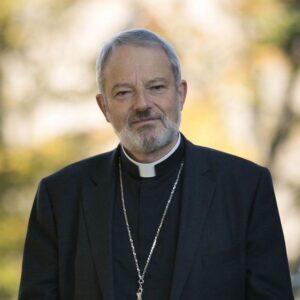 In a few moments time, John will be questioned about his willingness to take on the responsibilities associated with being a priest. He will answer, “I am; I am; I am; and finally I am with the help of God”. It is another way of saying: “Behold the handmaid of the Lord; let it be done to me according to your Word”. I think the bit about “the help of God” is important. When Mary asked “how can this be possible”, the Angel replied: “The Holy Spirit will come upon you and the power of the Most High will overshadow you”. None of us can be what God calls us to be without God’s help and that is a lesson I have had to learn over and over. So I encourage you John to trust in the Holy Spirit and to allow space for the Spirit to work in you. Trust also in the gifts that the Holy Spirit has given to others in the community. We priests don’t have all the gifts or all the answers.

Bishop Martin Hayes ordains  Fr Thomas Small
to the priesthood for the Diocese of Kilmore. 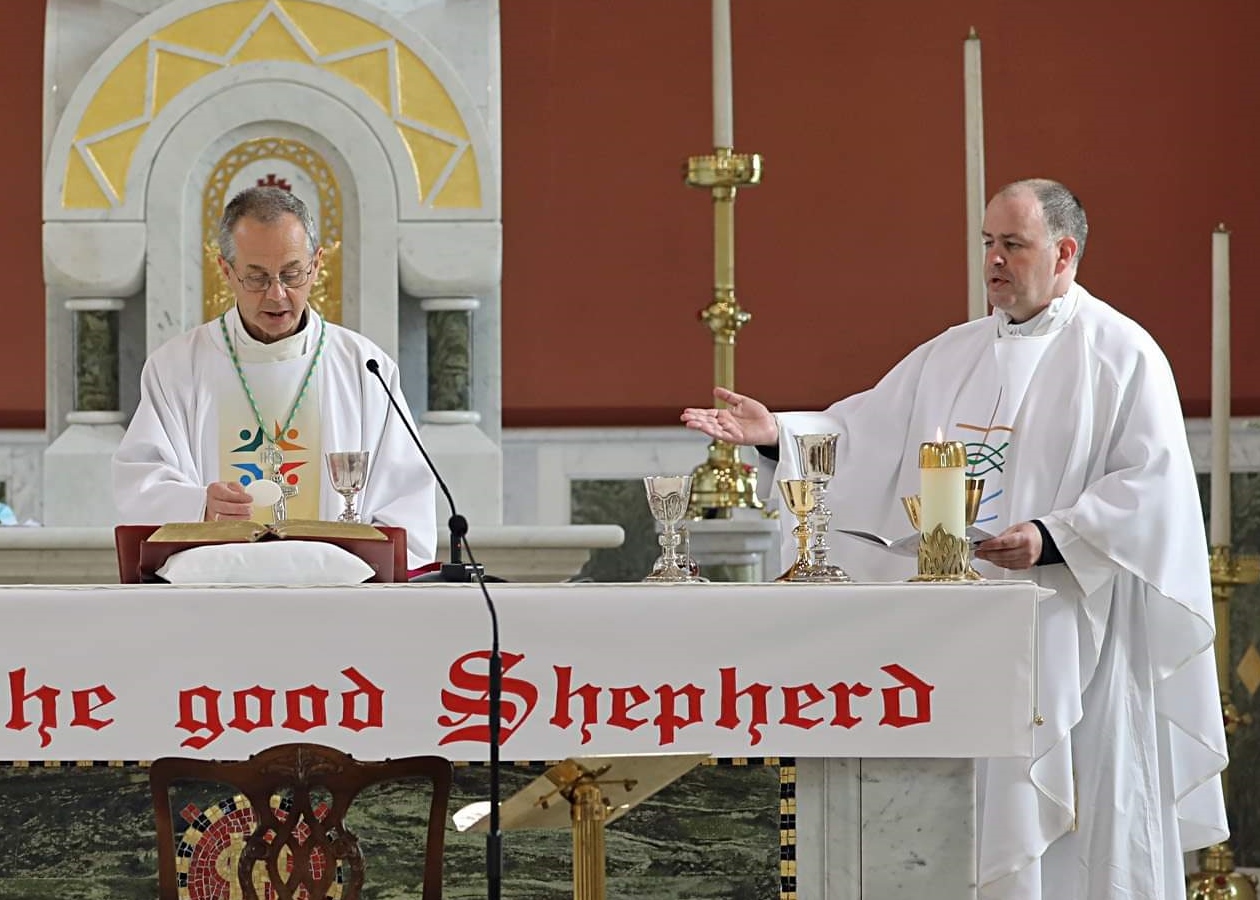 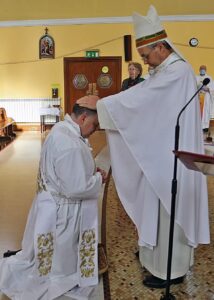 Bishop Hayes cautioned Thomas  that the administrative responsibilities or ‘being a busy priest/bishop” may conflict with the value of just ‘being present to others in Christ”.“We need to develop a balance between our pastoral work and the care of ourselves, while remaining rooted in a deep spiritual life,” he said.

“Recent research into the caring of priests, religious and those in pastoral ministry has shown that a life-giving ministry requires that we stay true to our original call, remain in touch with the memories, the vital sources of personal growth found in a loving, caring home environment,” said the bishop.

“It is in solid family and local community life; its nurturing, its joys and coping with sorrows, its fragility, where that ‘still small voice’ of God, the God who journeys with us, is heard,” he added.

Bishop Tom Deenihan ordains Fr Norman Allred for the Diocese of Meath in the Cathedral of Christ the King. 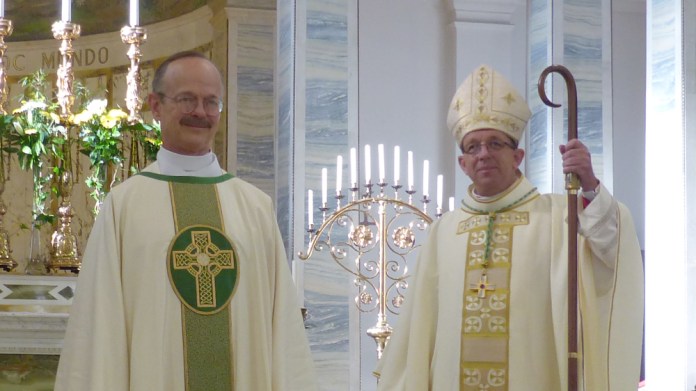 Fr Norman completed the required philosophical and theological studies in the Pontifical Beda College, Rome.  Fr Norman is a native of Salt Lake City, Utah, USA, where he worked as a teacher and principal in Saint Joseph`s Secondary Catholic School. 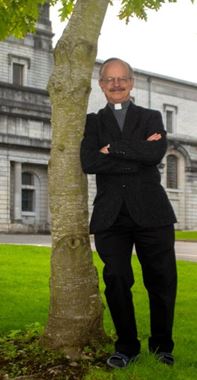 After the sad passing of Joanna Mooney, his wife of 24 years, Fr Norman discerned the Lord calling him to the priesthood in 2014.  With a life-long love and interest in Ireland, along with a semester of studies undertaken in Trinity College Dublin in 1985, he pursued his vocational discernment and was accepted for studies for the Diocese of Meath in 2016 by Bishop Michael Smith, the then Bishop of Meath.

Bishop Deenihan said,
“Norman has a significant amount of experience as a husband and  a teacher which will enrich the life of the parishes that he will work in. The fact that Norman is from America is also an indication of how the Diocese of Meath and other dioceses also are becoming dependant on priests from abroad to work in our local parishes.

Bishop Deenihan continued,
“the Ordination of a man to the priesthood is an opportunity to renew again that invitation and sense of support to others who may be discerning a calling to priesthood and religious life.  Parish and family as well as priests and religious have a responsibility to support and encourage those who may be discerning such a vocation.” The diocese of Meath has three other men at various stages of formation for the diocese at present.

14th September – Feast of the Exaltation of the Holy Cross 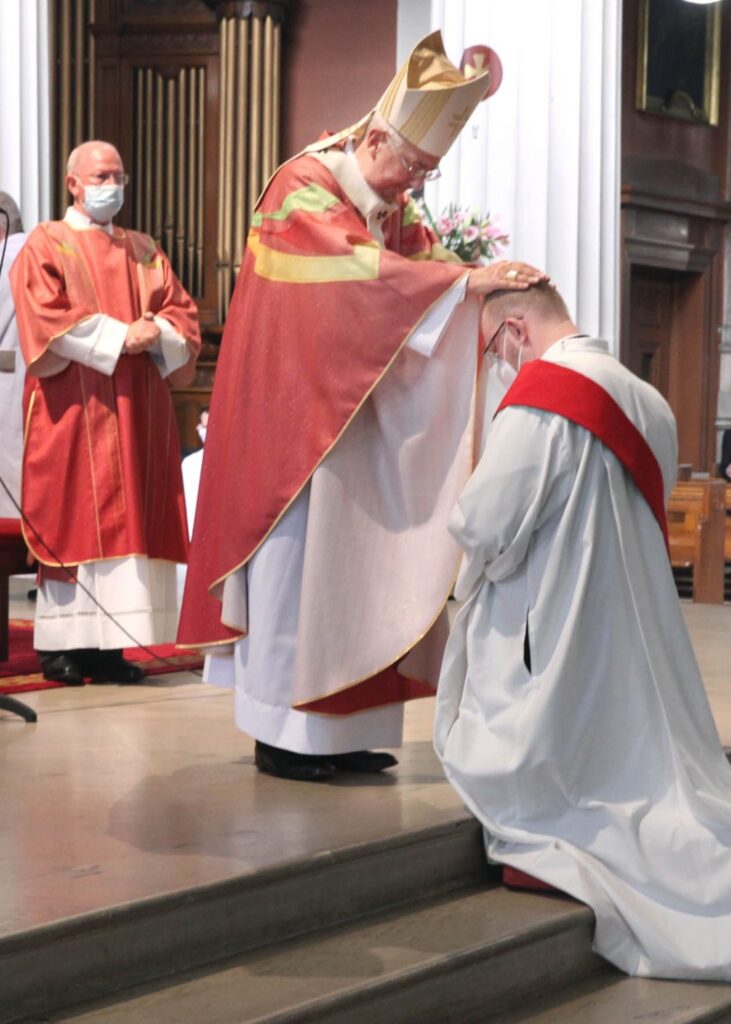 On 14th September, on the the Exaltation of the Holy Cross, Frank Drescher was ordained a priest for the Archdiocese of Dublin by Archbishop Diarmuid Martin in St Mary’s Pro Cathedral Dublin.

you are called to be a priest
and exercise your ministry
in the culture of today.

Speaking on the kind of ministry Father Frank is likely to encounter, Archbishop Martin,  said, “Frank you are called to be a priest and exercise your ministry in the culture of today. It is not that you simply align yourself with everything that is present in that culture. It is not that you reject modernity. It is not that you feel satisfied with vague cultural Catholicism. As priest, you are called, like Moses, to lead the men and women of our time, the men and women you will encounter, to look upwards and seek the signs of God’s presence that will lead them towards a path of life …. The priest must be one who can help the men and women of our time to seek the deeper meaning of life and within the ambiguities of modern life to find Jesus.” 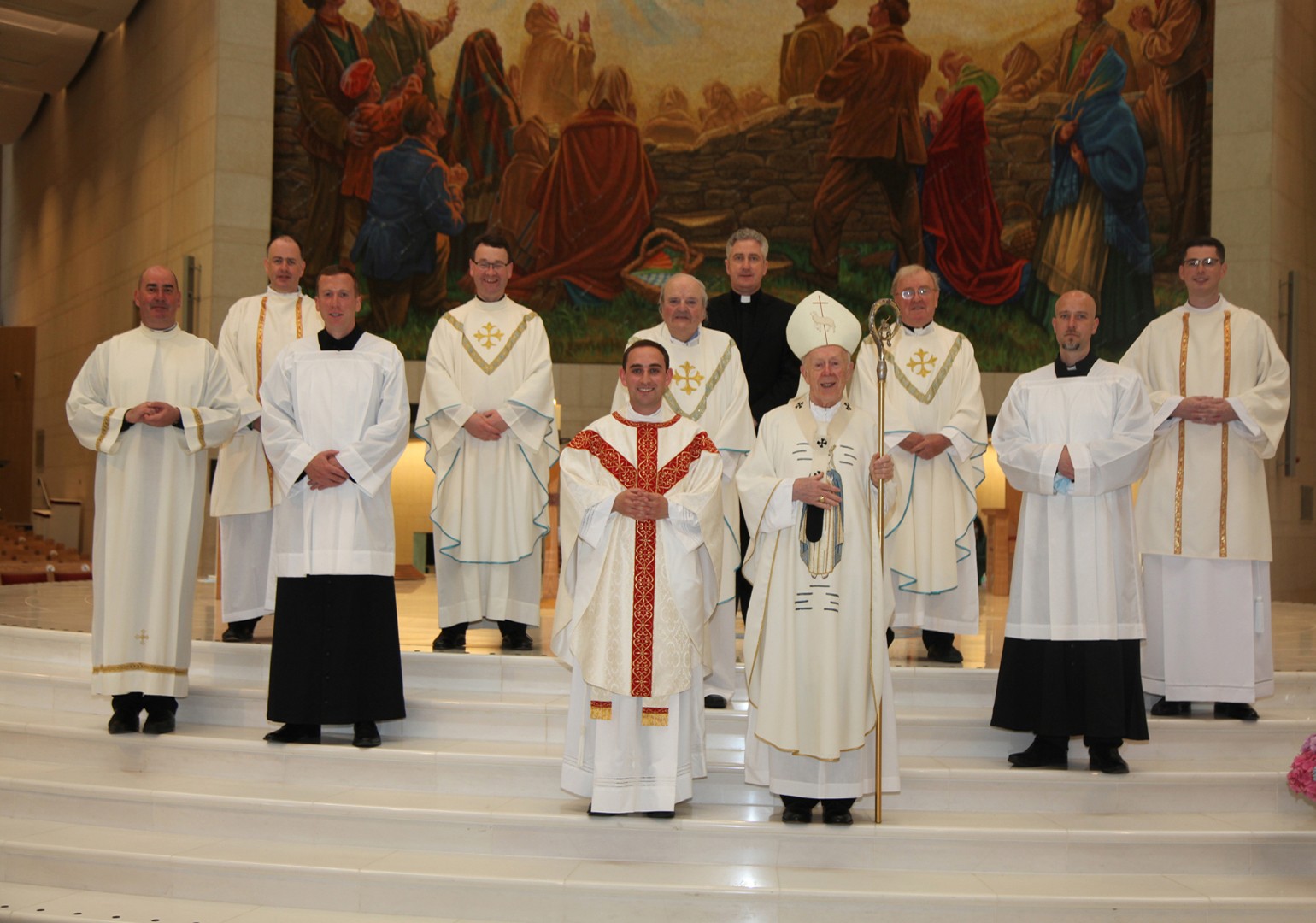 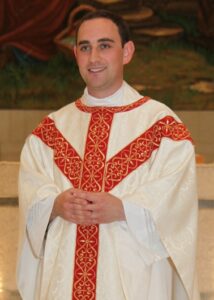 On Sunday 23rd August, Archbishop Michael Neary ordained Shane Costello as a diocesan priest for the Tuam Archdiocese in Knock. Archbishop Michael Neary told Shane Costello and those gathered on his ordination day that his responsibilities as a priest will be counter-cultural when he preaches Christ’s gospel, makes disciples, baptises and teaches.

“Our society today places such an emphasis on self-fulfillment, on autonomy, on doing one’s one thing. As a priest of Jesus Christ you will proclaim his message, you will do so utilising your gifts, interests and insights but it will always be his message not your own preferences or prejudices,” said Archbishop Neary.

Shane Costello is originally from Taugheen, outside Claremorris. The ordination Mass took place on Sunday 23 August in the Basilica of Our Lady, Queen of Ireland, Knock, and was streamed live through the Knock website.