Pope Francis is well known for his devotion to Saint Joseph – Husband of Mary, Foster Father of Jesus, and Patron of the Universal Church. So, it shouldn’t have come as a surprise that the pontiff would announce a Year of St Joseph which will run until 8 December 2021.

A powerful meditation on Saint Joseph, called Patris Corde – With a Father’s Heart was written by Pope Francis in order to “to share some personal reflections on this extraordinary figure, so close to our own human experience.” The Pope’s reflection have a special relevance to those who are on the path of priestly formation and for those who are ministering as deacons and priests in our parishes and dioceses.

In Patris Corde we are invited to get to know Joseph better as a man who lived his life, as we do, in the midst of a challenging and changing world. For Joseph, the only real constant was his trust in God, born of a lived faith, which knew that God is always true to his promises and that he is with us in every moment.

While all of us can learn from Saint Joseph’s faith and fidelity, what is particularly relevant for seminarians, deacons and priests is the reflections offered by the Pope on the fatherly role of Joseph. For Francis, he is a father who is beloved of Jesus and Mary. He is a tender and loving father. He is obedient to the will of God as it is made known to him through prayer and reflection. He accepts with trust that which he does not fully understand, knowing that God sees the bigger picture.

He is a creatively courageous  father who teaches us that “the first stage of all true interior healing is to accept our personal history and embrace even the things in life that we did not choose.”He is a father who understands the importance and the dignity of work “as a means of participating in the work of salvation.”Finally, Joseph is a father in the shadows in the sense that “Joseph was the earthly shadow of the heavenly Father: he watched over him and protected him, never leaving him to go his own way,” says Pope Francis. 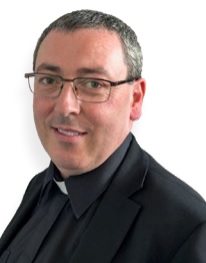 With this portrayal of Joseph as a beloved, tender, loving, insightful, humble, creatively courageous, guardian of the treasure of God, the Pope presents a model of behaviour and attitude for all fathers and in a particularly important way for spiritual fathers.