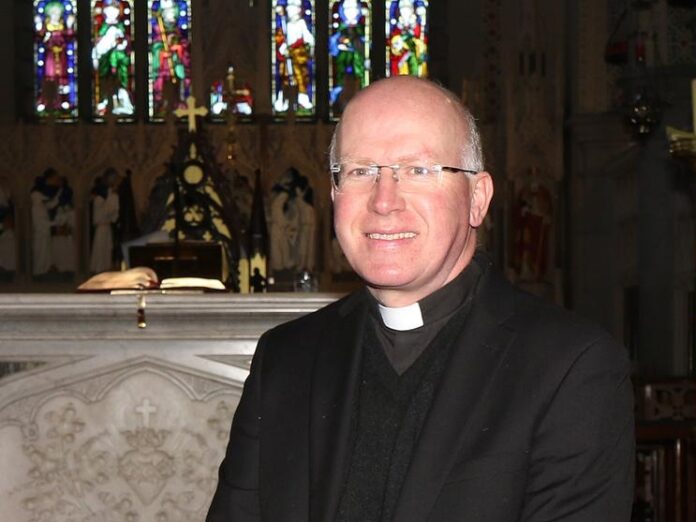 The Family – Seedbed of Vocations, by Fr Billy Swan

‘Family Love – a Vocation and a Path to Holiness’ was the theme of the Tenth World Meeting of Families that took place in Rome recently from 22nd to 26th June. Here I would like to reflect on one aspect of this theme, namely that each family has a vocation but is also the place where its members both live out their vocation and discern their vocation for the future.

In Pope Francis’ Apostolic Exhortation ‘The Joy of Love’, chapter three is dedicated in its entirety to ‘The Vocation of the Family’. It sets out the role of the family in God’s plan for the salvation of all peoples. It begins with Jesus’ own birth into a human family where he ‘grew in stature and wisdom’ (Lk. 2:52). Throughout his ministry, Jesus affirmed on many occasions the institution of marriage and the importance of family life (cf. Matt 19:3-8).

The Pope then repeats what the Church has long taught, namely that the wellbeing of society is directly linked to the health of the family unit: “The family lives its spirituality precisely by being at one and the same time a domestic Church and a vital cell for transforming the world” (The Joy of Love, 324). For Francis, each family unit is not meant to be closed in on itself but posses a missionary momentum outwards that connects with the wider parish community. This is why he famously described each parish as a ‘Family of families’. Francis’ dream for the Church to be a missionary community that ‘goes forth’ (The Joy of the Gospel, 20-24) depends on the involvement and contribution of every family that constitutes the parish community.

This is the vocation of the family, so to speak, ad extra, or to the world. Yet it is also true that the family has a vocation ad intra. In other words, the family unit is meant to be a community where each member is helped to live and discover their own vocation. First a word about the role parents of a family. In my ministry as a priest, I am increasingly conscious of marriage as a vocation between the spouses. For both parties, the desire to get married is not so much a decision between themselves as it is a response by both of them to a call from God. It is their ‘Yes’ to God’s ‘Yes’ that comes first. In the words of Pope Francis:

“I like to think that two Christians who marry have recognized the call of the Lord in their own love story, the vocation to form one flesh and one life from two, male and female. The Sacrament of Holy Matrimony envelops this love in the grace of God; it roots it in God himself” (Christus Vivit, 260).

If marriage is a vocation then catechesis on the vocational nature of marriage is vitally important in order that parents awaken the concept of a vocation in their children. The more aware that both spouses are of living out their own vocation of marriage within the family, the more convincing they will be in reminding their children that they too have a vocation. Parents will be to the fore in reminding their children that in this complex world, it isn’t just a case of deciding what we want but about following the path on which the Lord leads us and ultimately discerning our mission in life. In one of his homilies during the World Meeting of Families in June, Pope Francis said that: “For educators, the best way to help others to follow their vocation is to embrace our own vocation with faithful love” (Saturday 25th June 2022). This message echoes what the Pope taught earlier in ‘The Joy of Love’ where he described parents as evangelizers of their own families: “Family catechesis is of great assistance as an effective method in training young parents to be aware of their mission as the evangelisers of their own family” (The Joy of Love, 287).

This is all the more important when young people today are immersed in a culture of self-invention that prizes absolute freedom as the highest good and tells them that “you can be who you want to be”. This slogan seems attractive at first but often fails to deliver the happiness it promises, leading to disappointment and sadness. Therefore, being reminded by their parents that the God who created them has a bigger plan for their lives is a refreshing message of hope and meaning. This is particularly true when young people are preparing to leave school or college and discern the next step.

This sacred task of parents is not just important but an urgent necessity for the future of the Church. We are all painfully aware of the declining numbers of priests and religious in our time. People talk of the ‘Vocations Crisis’ when referring to this problem. But the problem is wider and deeper. While there is a lack of vocations to the priesthood and religious life, there is also a lack of vocations to marriage, the single life and other vocations too.

In my diocese, one of my posts of responsibility is Director of Vocations. In carrying out this role fruitfully, I believe that the people with real influence in this area are Catholic parents. They are the ones who have unique access to their children to explore with them what God might call them to be and the gifts he has given them to that end.

And so, a courageous conversation between a parent and young adult might begin like this: “My child, I have noticed how God has blessed you with many gifts. You are caring, kind, just, good at art, sports, school, good with your hands, etc. (whatever talent the child exhibits). How do you think God might like you to use these gifts in the future? What would you like to be when you grow up? Let’s pray that together we say ‘Yes’ to what God created us for and say ‘Yes’ to his special plan for our lives. Amen.”

If this kind of conversation has occurred in families, when the idea of a vocation comes up for example on ‘Vocations Sunday’ (The Fourth Sunday of Easter), young people will recognize it from previous conversations in their own families. Consistent with the missionary spirit of the Gospel, Pope Francis encourages parents to embrace their vocations without fear and encourage their children to do the same. This should include a prayerful consideration at least of the possibility of a call to the priesthood or religious life.

In this light, while every vocation is first discerned with the family, the scope of that vocation lies beyond the family boundary and even takes priority over natural family ties. We see this in Jesus’ own life with him being found in the temple among the doctors of the law. While Mary expresses her concern and that of Joseph for their child who was lost, Jesus’ response to them reveals an awareness of his own vocation going beyond his own family: “Why were you looking for me? Did you not know that I would be in my Father’s house?” (Lk. 2:49). He also intimated that this subordination of family ties in favour of responding positively to the call to mission would also be a necessary aspect of the life of his disciples (cf. Matt. 8:22; Lk. 9:60). Yet this is how God willed it to be – that every vocation be nurtured in the family but mature and blossom in the wider Church and society.

Therefore, to all parents – don’t be afraid to explore the concept of a vocation with your children. They will thank you for it in the future for God’s plans for our lives are much greater and much more wonderful than our own.