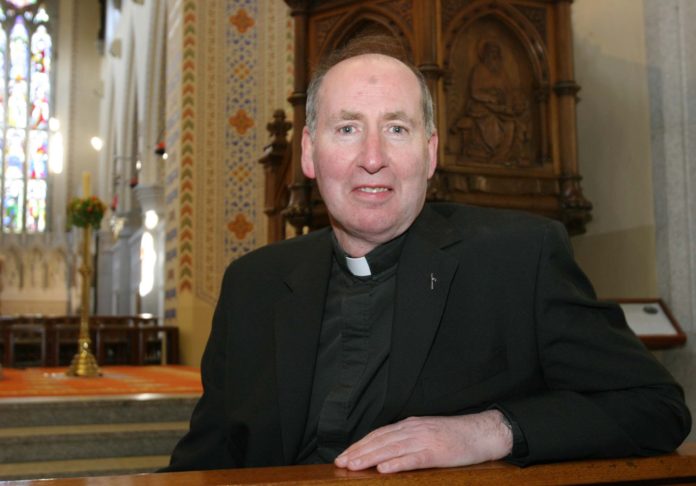 The Bishop of Ferns, Denis Brennan, celebrated Mass in the RTÉ studios for Vocations Sunday. He was joined by students from St. Patrick’s College Maynooth and members of the National Centre for Liturgy, the National Vocations Office, Vocations Ireland, members of the Religious congregations as well as representatives from the Knights of St. Columbanus and St. Joseph’s Young Priests Society.

Bishop Brennan opened his homily by expressing his appreciation for the labourers the Lord has already sent, the men and women who have heard the call, and responded to it in love and mercy.

He spoke about the challenges of being a priest today and referenced a German priest who had left priestly ministry and subsequently wrote a little book called “Letters to a young priest from a laicized priest”. Looking back on his ministry he could see now what he could not see so clearly when he was a priest, and that at the time he was a priest, he had an inferiority complex about his priesthood, as all his friends were successful professionals and businessmen, whilst at the time, he felt he was going nowhere.

In his letter to the young priest he said, “our society differs from Saint Paul’s time in that external persecution is rare. Yet the priest of today can still suffer deeply … for some … his particular office and service are regarded as superfluous; there are those who look upon him as a species of pious fool … I hope, he says, ‘you are prepared for this’.”  Looking back now he can see that he was allowing the world to define his vocation.

Bishop Brennan said that the German priest references what he calls “the anguished loss of meaning” that many people experience today. “By living as you do,” he says to priests “you sustain a world of meaning for many people.”  He urged the priests to live their particular form of life as it accompanies the Word they preach.  “We need that Word for it has the power to change us, to change the world.”

Bishop Brennan concluded his homily by thanking priests and religious everywhere for what they do, and for who they are. He said “I pray that you will continue to joyfully celebrate the values which you love and represent in your life and ministry”.

You can listen to an audio recording of Bishop Brennan’s homily, by clicking on the image below: