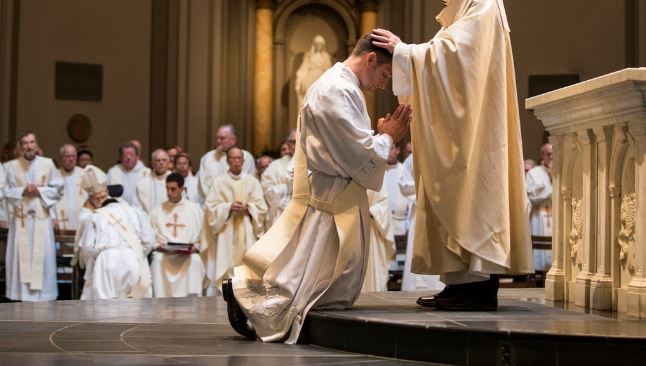 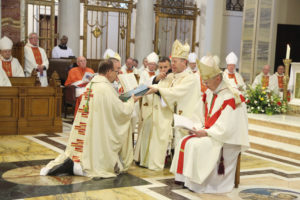 Canon Tom Deenihan was ordained Bishop of Meath on Sunday 2nd September at a ceremony in Mullingar Cathedral. The Chief Ordaining Prelate was Archbishop Eamon Martin, Archbishop of Armagh and Primate of All Ireland, assisted by Most Reverend Michael Smith, Bishop Emeritus of Meath and Most Reverend John Buckley, Bishop of Cork and Ross. 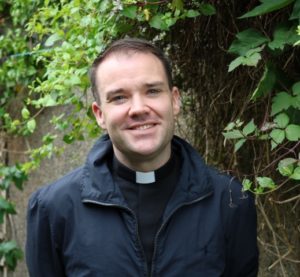 Fr Sean Jones, was ordained a priest for the Diocese of Kerry on Sunday 1st July 2018 by Bishop Ray Browne in the Church of the Assumption, Moyvane.

It is the first ordination for the Diocese of Kerry for 11 years and the first since Bishop Browne came to the county. 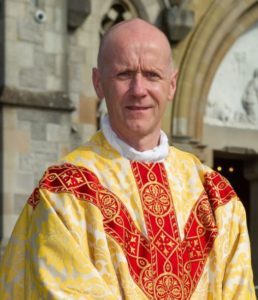 Fr Seán Mulligan, a native of Knockatallon in the Parish of Tydavnet, was ordained a priest of the Diocese of Clogher by Bishop Noel Treanor of Down and Connor in St Macartan’s Cathedral, Monaghan, on Sunday 1 July 2018.

Priests from all over the diocese and further afield were present also, including the Diocesan Administrator, Monsignor Joseph McGuinness and Bishops Joseph Duffy and Liam MacDaid, Bishops-Emeritus of Clogher. 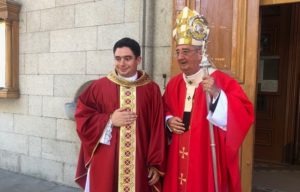 Fr Robert Smyth was ordained on Friday 29th June 2018 by Archbishop Diarmuid Martin for the Archdiocese of Dublin. 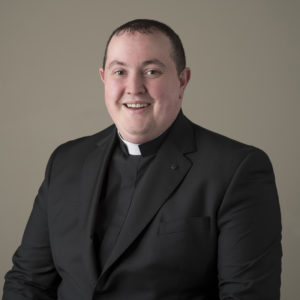 Fr Tony McAleese was ordained by Bishop Noel Treanor at a Mass in the Church of St Vincent de Paul on Sunday.

A former pupil at St Gabriel’s College, Fr McAleese later attended Belfast Metropolitan College. He worked in the field of catering management from 2000 until 2012 when he commenced his seminary formation in St Malachy’s, Belfast and philosophical studies through Queen’s University, which he completed in 2014. 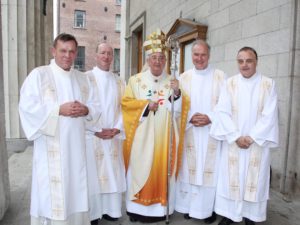 The deacons will assist in the pastoral and spiritual work of parishes in the Archdiocese of Dublin. The four new permanent deacons – Gerry Malone from Blessington, Don Devaney from Clondalkin, Greg Pepper from Westland Row and Noel McHugh from Castleknock – were ordained at the pro-cathedral, St Mary’s Church, on Sunday June 3, the Feast Day of St Kevin. All four are married men. 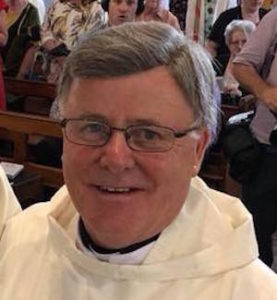 Sunday 3rd June 2018
Ordination of Rev. Martin Shanahan to the Priesthood for the Diocese of Killaloe.

Rev. Martin Shanahan was ordained to the priesthood for the Diocese of Killaloe by Bishop Fintan Monahan in St. Mary’s Church, Mullagh, Co. Clare on Sunday 3rd June 2018 at 3.00pm, (the Feast of Corpus Christi).

Sunday June 3rd 2018
Ordination of Rev Gerard Quirke to the priesthood for the Archdiocese of Tuam.

On the Feast of Corpus Christi, Tuam celebrated the ordination of a man who Archbishop Michael Neary proudly described as “one of their own.” Gerard Quirke from Parkview Drive was ordained on Sunday June 3 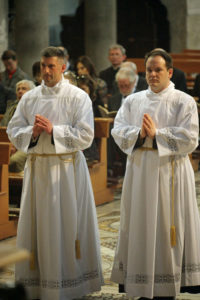 Two seminarians of the Pontifical Irish College, Rome, were ordained deacons on Easter Tuesday by Bishop Alan McGuckian, SJ, at the Basilica of St Prassede in Rome.

Rev. Anthony Briody, a former Human Resources Manager, was ordained for Raphoe Diocese, while Rev. Declan McGeehan was ordained for Derry Diocese.  Both men are transitional deacons, meaning that they are due to be ordained to the priesthood later. In recent years in Ireland, permanent deacons have also been ordained, so that deacons have become a more familiar presence exercising a unique ministry in the Church. 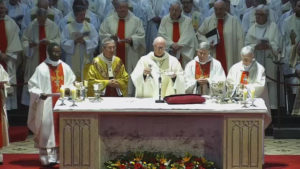 St Mary’s Cathedral was packed to capacity on Sunday 11th March 2018 for the Episcopal Ordination of Monsignor Dermot Farrell as the new Bishop of Ossory.  A priest of the Diocese of Meath, Bishop Farrell was ordained to the Episcopate by Most Rev. Diarmuid Martin, Archbishop of Dublin, assisted by the Bishop of Meath Most Rev. Michael Smith & the Papal Nuncio Most Rev. Jude Okolo 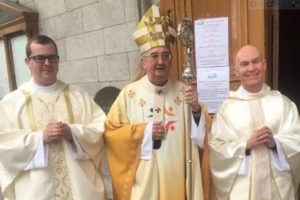 Rev Bill O’Shaughnessy is from Castledermot in Co Kildare. Over the past ten years Rev Bill studied at Saint Patrick’s College, Maynooth, entering the national seminary in 2012. He completed his formation in the Pontifical Irish College in Rome. He was ordained a deacon in Saint Mark’s Basilica in Rome in March 2016 and ministered in Saint Matthew’s Parish, Ballyfermot. He will now serve Springfield and Jobstown parishes in Tallaght in the south-west of the archdiocese.

Rev James Daly hails from Shanagarry, Co Cork. Following work in local government, Rev James became a youth minister in the United States. On his return he studied at Mater Dei Institute of Education in Dublin, graduating in 2007 with a Bachelor in Religious Education and English. In 2013 he entered the Irish College in Rome, graduating earlier this year with a licence in Spiritual Theology. He will now serve in the parish of Skerries. 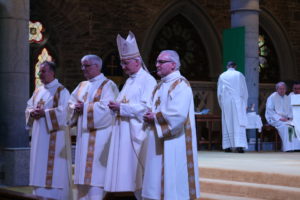 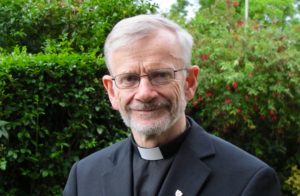 Father Alan McGuckian SJ was ordained Bishop of Raphoe in the Cathedral of Saints Eunan and Columba on Sunday 6 August. Family and friends of Bishop McGuckian joined the concelebrating bishops and priests in the packed cathedral for the ceremony. The Chief Ordaining Prelate was Archbishop Eamon Martin, Archbishop of Armagh and Primate of All Ireland, who was assisted by Bishop Philip Boyce OCD, Bishop Emeritus of Raphoe and Bishop Noel Treanor, Bishop of Down and Connor. The Apostolic Mandate from His Holiness Pope Francis was read by Father Michael McKeever, Chancellor of the Diocese of Raphoe. The sermon for the ordination ceremony was preached by Archbishop Terence Prendergast SJ, Archbishop of Ottawa.